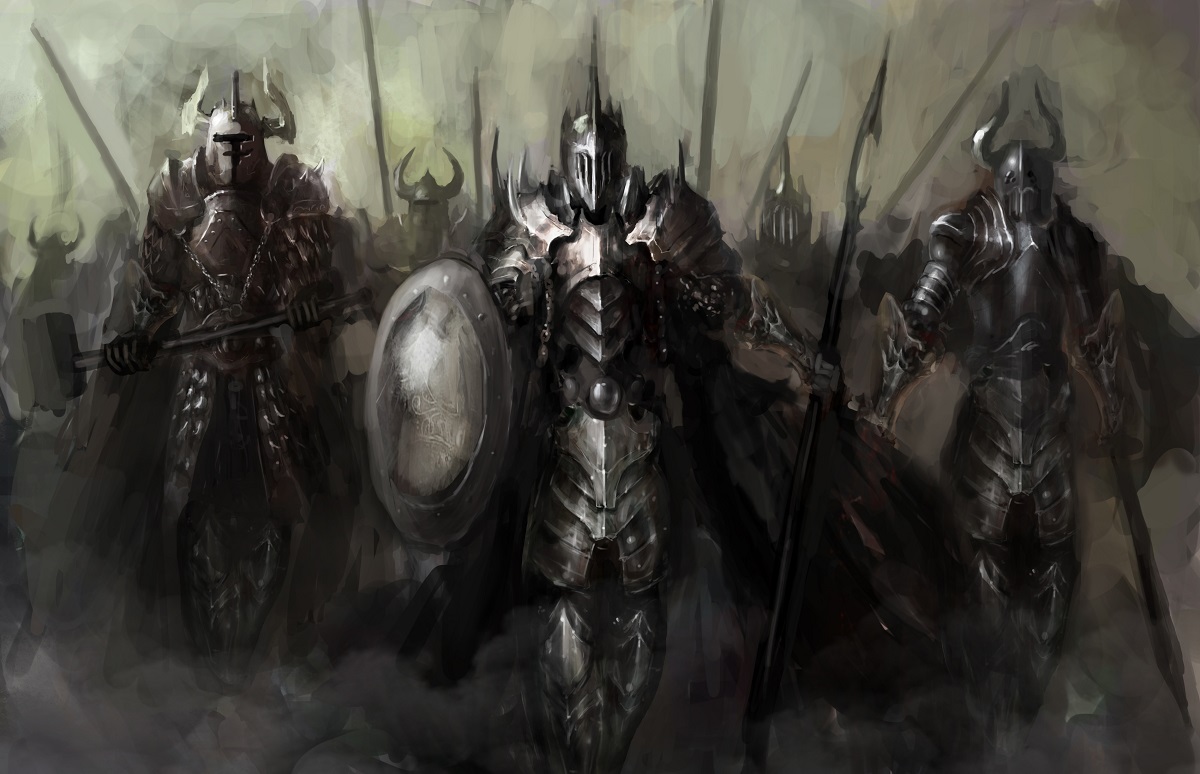 Long wept the World Tree for its severed connection to the lowest planes and the once-inexorable root system laid low by Woe’s Prince. Yet Yggdrasil has a way of seeing itself restored…

The first mass of glowing, radiant tendrils emerged from the earth surrounding the Flame of Yggdrasil, crawling across the ground in a manner eerily similar to the insidious creepers that had so plagued Achaeans several years prior. Fuelled by the unconquerable potency of the World Tree, the appearance of mysterious seeds drew the attention of adventurers led by Voc Desmijr.

After traveling Yggdrasil’s expanse in pursuit of answers, the motley group began planting wherever the seeds would take root, including the grove of Jonners Smithson and, by Gavriil Celes’Ciel, below the gatehouse of Eleusis. The error of these decisions was soon apparent, those who dared to interact with the roots were ultimately transported to the legendary Underworld. Sought by Achaeans ever since the closing of its borders in the wake of its great War, a mass rush ensued as enemies and allies alike hurled themselves at the glowing effusions in search of an entrance.
Turned from his black moods and murderous thoughts in the depths of Azdun’s graveyard by the profuse shedding of blood, Zsarachnor once more bestrode the lands above his tomb. Demanding answers from those he encountered – and swiftly executing the foolish or those incapable of providing them – it was ultimately with the assistance of Farrah Roualt and Taryius Lichlord that he acquired what he had so desperately craved: a potential return to the side of Prince Slith.
Adventurers continued to die in droves both on the blasted ground of the Underworld and the now-bloody earth beneath Eleusis while Zsarachnor, no longer confined to the Prime Material, embarked upon his plan. Instructing adventurers to beseech the Underworld’s ruler for his assent, the Vampire Lord sought a position of privilege and prestige, and for passage to be permanently restored to the Prime Material Plane.
Slith demanded what the Tsol’teth had promised him in payment, and so Shirszae Nynniaw and Krizal Nyxillum ventured through the Doors of Light into Raia’dalam, the highest strata of the Underrealm. There they met with the Secret Storm, communicating the demand of Death’s Demise. Shortly afterward, the inscrutable visage of the Genesis emerged within the firmament of the world – the firmament of all the worlds – as His unearthly voice intoned an acknowledgment. What had been demanded would be provided.
While the forces of Mhaldor slaughtered Eleusis’ Guardian of Thorns and all those garrisoned at its borders, Farrah and Taryius planted the seeds of Yggdrasil in the Underworld. In short order the planes realigned, bridging the Underworld to the Prime Material once more in a singularly vast cosmic upheaval.
Zsarachnor returned to Azdun, triumphant with the praise and new status granted him by Slith. While in the Underworld, great gates swung ominously wide as the fortresses of the Ur’Vampires opened, ready and waiting for the brave – or foolish – who sought to challenge the masters of undeath.
Posted in Event