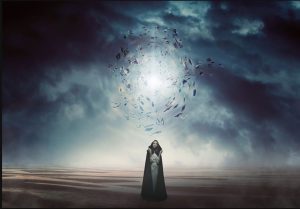 The skills of the monk forge mind, body, and spirit into an indomitable force. Using their unarmed attacks they can break limbs, cause internal bleeding, sweep an opponent off his feet, and deliver body-crushing throws. A monk can confuse and damage the mind even over a distance and through the power of kai, can toughen his body to withstand damage, make himself heavier, and restore damaged limbs by sheer force of will. 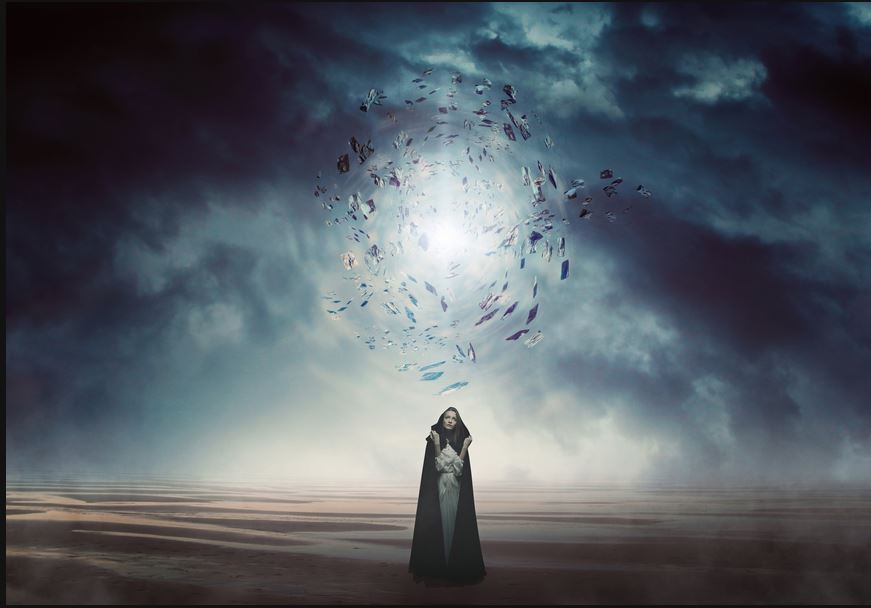 Though the Aldar may be gone en-masse from Achaea, that which they left behind still holds vestigial power. Those that enter and survive Saar-elan, the well of power biding at the heart of Nur, ancient city of the Aldar, emerge changed, altered, granted a remnant of the Firstborn's lost magics.

Weaving is foremost among the arts, the skill of creating weapons from nothing and striking with them in the moment before they fade, like dust, back into Creation.

Psionics, the oldest of the Aldar powers, granted them such clarity and purity of thought that they could effortlessly surpass the constraints placed on mortality. True masters are said to even have the ability to pierce time's veil itself, seeking a future in which they may emerge victorious amid the chaos of battle.

Lastly is Emulation: the Aldar's attempt to replicate the might of Protean Relics, with varied and diverse results.

The Aldar were famed for their ability to create great works of artistic genius. Alas, all that remains of that legacy are the remnants of the craft that were put to use during the War of Humanity. The art of Weaving is twofold: first and foremost, it is the practice of forging weapons from the substance of Creation, calling to your hand a blade or mace and dismissing it as soon as its work is done.

Second, it is the means by which a practitioner may begin the return to Creation of a foe, unweaving their mortal shell and consigning them to a grim fate.

Though it is a deadly fighting style in its own right, its true potential was only brought to light when Illarris devised the means by which to weave a copy of her own person, a feat thought impossible until the War. Indeed, only the greatest Aldar could grant these copies sentience (though never sapience), but even the lowest duplicates were capable of mimicking their creator, turning a single Weaver into an army in his or her own right.

The Relics of Proteus were something that both fascinated and confounded the Aldar. As tools of violence and augmentation they were unsurpassed when fully attuned to a user (a bonding impossible to all save those they were designed for), and yet their means of creation was something outside of their understanding, coming as it did from the inscrutable hand of Proteus Himself. This lack of knowing drove many Firstborn to seek the secrets of these creations, a journey which brought them both great victories and terrible losses.

The art of Emulation is the remnants of the research that those Aldar stored within Saar-elan and Nur. Though their goal of replicating a relic of Proteus was never attained, several of their effects could be emulated to either lesser degrees or in some cases vastly divergent ones.

Be it the martyr's lifebond or the ghastly reprise, knowledge and strength both grand and terrible remains buried within the unfinished work of the Aldar.

The most ancient of powers given to the Aldar in the moment of their formation by Ayar, beyond even the innumerable other natural advantages of their race, was their strength in will and mind. This manifested itself in vast psionic and telepathic might, an ability wielded with unfathomable ease as they imposed their thought upon themselves and upon the world around them. With the centuries of peace during which these arts were mastered, coupled to their functionally unchallenged rule of Creation below the Pantheon itself, offensive techniques within Psionics never saw true progress beyond the simple, rendering them almost unrefined by the measure of modern telepaths. Yet it was never their offensive powers that made this lost art so mighty in the hands of the Firstborn.

A practitioner of Psionics is the absolute master of his or her body and of the world beyond, exerting such perfect control of muscle, skin, and cell that many of the mental constraints binding mere mortals can be circumvented or even bypassed entirely. Be it the expulsion of mental interference or the forging of psionic projections, where the Will of the Psion exists, they will assuredly always find a Way.

Yet even these magnificent - and dangerous - arts paled before the crowning glory of Aldar mental might: the ability to turn the full presence of their minds to contemplation and comprehension of the fabric of time itself, manifesting as inevitable prophecy. Though no mortal lives or ever will live who could approach the Aldar mastery of this psionic pinnacle, the briefest glimpses of possible futures woven into present fact may await those who wholly devote themselves to its study. For on the battlefields of Sapience and beyond, that brief second of forethought, the hint to the enemy's next move, becomes the difference between life and death.