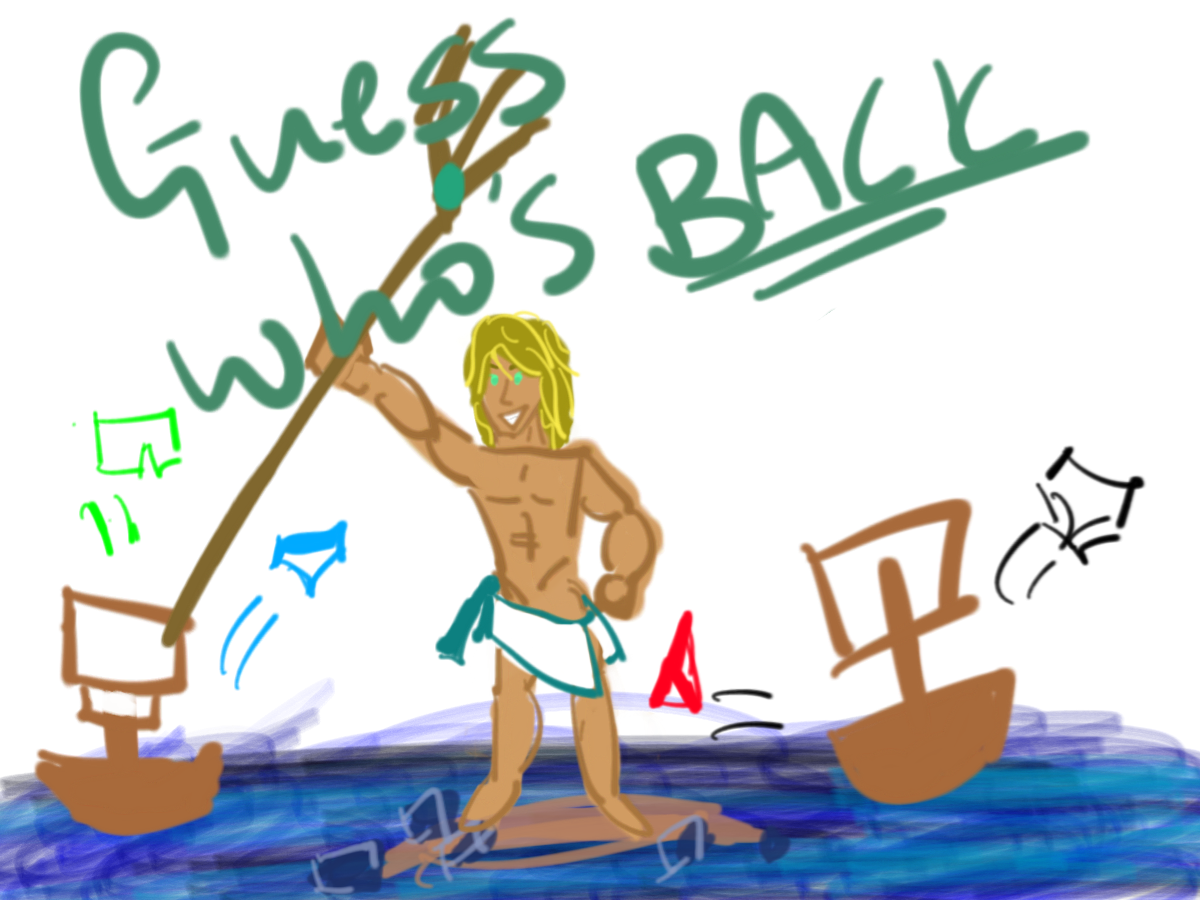 After saving the guardian spirit Eusia, and fighting off Thymos, the Ravager, a dread korathoi of tritonic legend, Lord Neraeos returns to the shores of Achaea!

Credit goes to our very own Skye B. Anchors for the amazing image!

As untamed as the seas, and as numerous as the shells of the Crystal Forest, the korathai left rubble and death in their wake as they ravaged the merfolk who dared to live in the continental shallows. Reprieve for the shelf-dwellers was only found when the oppressive Wave, the God of the Seas, drove the savages away and banished them to the fathomless depths with other monsters more their ilk.

But this banishment spelled woe for the tritons of the undersea, abandoned by their Father to fend alone against this terrible Red Tide who feasted upon their already dwindled numbers. Many of the korathoi were known by name, whispered even now to tritonic fry who dare to disobey their parents. But three of their commanders struck fear into even the hardiest of Phocians; Iaimargia, the Blood-soaked, who had tamed the vicious megalodons, Thymos, Ravager of Coasts who delighted in the death of all things, and he whose madness rivalled the Lord Abyss, Parosyni, the Tormenter.

Anointed now with the blood of Amanthos, the great heroes of the silver age, led by the Prince Neraeos Fylakas, set off to liberate the cities from the terrors of the deep. Relying on the cunning strategies of Aeolos the Grey-Eyed and the military prowess of Idomenaeos of the Bull Shark, the tritonic kingdoms grew inspired by their great feats that were later immortalised in the songs of the oceaneids.

Bathed in the glorious defeat of the magnificent krakens and terrible leviathans, even the mightest of sea dragons cowered at the sight of the Prince and His Spear of Tides, bestowed upon Him by the wise Lady Valnura, Goddess of Fate. Only the korathoi, the eldest inhabitants of the seas, who had the ferocity of the Shark God and battle-lust of Eyegos, pushed back against the Son of the Lord God and His loyal friends.

For two decades the armies of Prince Neraeos and the korathoi warred across the Eusian Ocean. The tides grew crimson with the sacrifices of both sides, each weary but determined. As the Warrior Prince was about to offer up the last remaining forces of the korathoi to the Eastern Guardian, His hand was stayed by the Elder God of the Oceans. Not wishing to see His creations wiped away from the Oceans entirely, He instead had His reluctant Son help Him seal His wrathful children beneath the deepest sands.

Finally liberated of the abysmal creatures of the fathomless dark, a rousing cheer of victory spread across the seas that has not been outmatched even to this day. To honour the accomplishments of the Prince, the Lord God created a herd of perfect beasts, the hippocampi, as a gift. Among the noble creations, one was favoured of Neraeos, a pure white foal that shone out as a beacon of splendour and hope, such as He was to the peoples of the seas.